What is the smell of kitchens alongside the Baltic Sea? Every season, it is a bit different. A bit of the forest, the meadow, the sea, the rivers and lakes, the gardens and farms. A bit salty because of the wind from the sea, the fishing nets and the buoys. A bit dizzying because of the forest, the mushrooms, the mint, the wild thyme, the sweet woodruff and the juniper berries. A bit sweet because of sun-warmed wild strawberries, the evening fog in a field of rye, some honey that is produced by bees, cells of wax and linden blossoms. A bit spicy because of alder smoke from the smokehouse, blue cheese and hemp butter. A bit fresh because of pickles, chopped dill and chives. A bit bitter because of the peels of new potatoes. A bit gentle because of fresh milk, cream and cheese. A bit intriguing because of caraway seeds, mustard and malt. A bit tempting because of cinnamon, cardamom and chocolate that are made to local delicacies. A bit strong because of distilled drinks like aquavit and vodka.

What colours are found in the kitchens alongside the Baltic Sea? White dairy products, black blood sausages, a rainbow of colours among vegetables and berries, brown nuts, mushrooms, roasts, cakes and gingerbread, pink desserts, silvery and golden fish, orange pumpkins, and seeds from the white to the black.

What sounds are heard in the kitchens alongside the Baltic Sea? Crackling, crunching, sizzling, bubbling, boiling, quietly steaming.

What is the taste of foods alongside the Baltic Sea? The most important thing is to strike a balance among the various flavours that come from nature, among traditions and innovations, careful work and creative ease, comfort and elegant style. Take a bit from the East, the West, the North and the South. Taste cannot be described or written down so come and taste it by yourself! 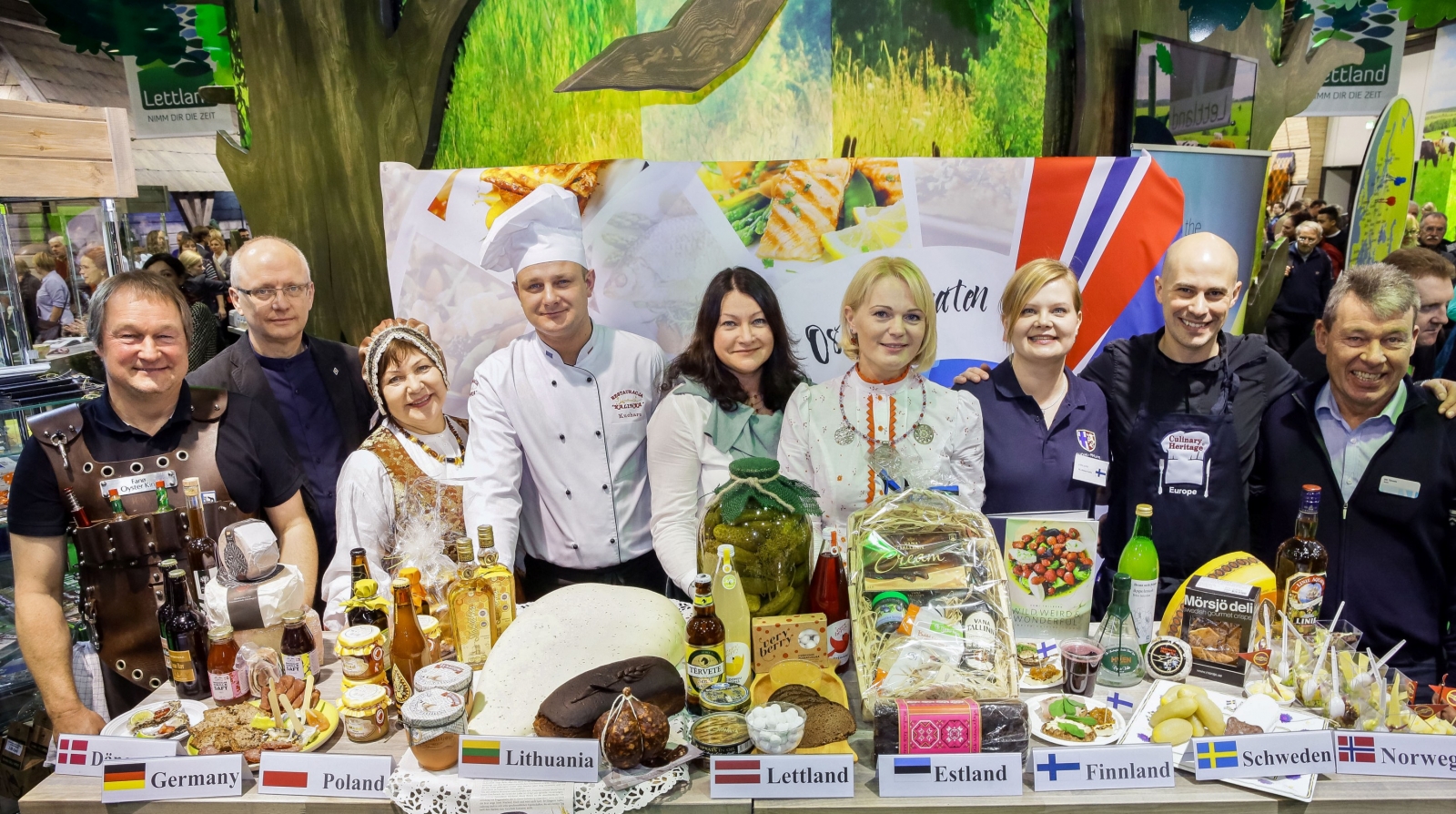